You cannot win a Michigan driver’s license restoration or clearance case and also use recreational marijuana. This article will look at why anyone who smokes pot (or otherwise even thinks they can occasionally drink) will automatically lose his or her license appeal. There is an exception to this for people who use medical marijuana for a serious condition, but our focus in this article will solely be on the recreational use of weed, how that stands in conflict with any notion of sobriety, and why that will stop a license appeal dead in its tracks. 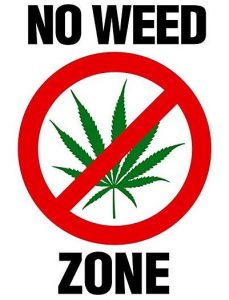 As driver’s license restoration lawyers, we field an endless stream of calls from people who want to get back on the road legally. Because we guarantee to win every initial license restoration and clearance case we take, my team and I have to screen carefully to make sure a person can win (meaning that he or she is genuinely sober), before we undertake representing him or her. We don’t want to get stuck doing warranty work on a case that was a loser from the start. The recent legalization of recreational marijuana has given rise to the misconception that a person can somehow use it and still win a license restoration or clearance appeal. As we’ll see, this is 100% NOT true.

People in recovery understand that real sobriety specifically excludes the use of any mind or mood-altering, or potentially habit-forming substances, unless medically necessary, and even then, only when there is no suitable alternative. When that happens, the use of any such substances must take place under direct medical supervision. A person who is clean and sober simply cannot drink or get high, ever again. This is basic, fundamental stuff, kind of like “Recovery 101.”

Since the outright legalization of marijuana, we’ve encountered plenty of people who seem surprised that using it recreationally is a complete bar to winning a license appeal after having one’s license revoked for multiple DUI’s. One of the most common responses we hear, as we explain this, is some version of “but it’s legal…”

We then have to explain that alcohol is also legal, but you can’t still drink and win your license back, either. “Legal” has nothing to do with it. While we’re glad to try and make this clear in the hopes that something we say may be like a seed of sobriety that later sprouts in someone’s mind, the very second anyone starts talking about being able to use marijuana because it’s legal, we know 2 important facts:

It breaks down like this: when a person loses his or her license for multiple DUI’s, he or she is presumed, by law, to have an alcohol problem. No matter how much someone may protest that they hardly drank, or whatever, what is clear is that on multiple occasions, they drank enough to get drunk, drive a car, and then get caught.

The state considers these habitual alcohol offenders too risky to allow on the road.

This is why, if a person is convicted of 2 DUI’s within 7 years, or 3 DUI’s within 10 years, his or her license gets revoked, meaning taken away for good. Only after the minimum period of revocation has passed can a person even file for a license restoration or clearance.

Filing a license appeal is the easy part; actually winning the case is where it gets hard. The written law directs that the Secretary of State ONLY restore driving privileges to people who can prove they don’t drink or use drugs and have both the commitment and the tools to remain sober for life.

In other words, the state looks for genuine sobriety.

When someone really decides to get sober, it’s because they’ve had enough of the problems caused by their drinking. People struggle with troubled relationships to alcohol for long periods of time before they ever throw in the towel. The ugly truth is that most people with a drinking problem don’t get over it. However, even among those who actually do, every last one will agree that they should have quit sooner.

By the time a person is ready to quit drinking for good, there is usually no doubt in his or her mind that they can’t ever pick up again.

Here’s where it gets tricky. Lots of people try to quit drinking, and some do manage to stay clean for a while. Not all of these people, however, take the next step, from simply abstaining from alcohol, to fully embracing real sobriety.

When people really do get sober, they learn things about addiction and recovery, whether through AA or counseling, or elsewhere.

To be sure, lots of people are exposed to these lessons long before they fully understand the value of what they’ve heard and then decide to quit drinking. At least half of our clients did their time in AA and/or counseling before they ever actually got sober.

Sobriety requires some big lifestyle changes and, in a very real sense, becomes a whole new way of life for those who finally do embrace it.

From the early lessons of AA and recovery (things like “avoid wet faces and wet places,” and “no matter what comes, Hell or high water, just don’t pick up”) to the sweeping changes a person makes in his or her life (including activities, friendships, keeping alcohol out of the home, etc.), those who go through it understand that recovery is process, and that, whatever else, anyone committed to it has no illusions about ever taking another drink or getting high again.

In fact, in order to protect their sobriety, sober people know to avoid any so-called “risky” medications (meaning anything that is mood or mind-altering, or potentially habit-forming), and are expected to advise any prescribing health-care professional about their recovery in order to make sure they don’t inadvertently wind up relapsing.

A person can easily relapse on a completely different substance, meaning a recovering alcoholic can quickly develop a problem with Xanax, just as a person previously addicted to opiates can become dependent upon alcohol.

This can happen simply because a person lets his or her guard down. We’ve seen plenty of people plunged back into addiction after having taken pain medication following surgery.

In the real world, you can meet a person who will look you dead in the eye and say they’re sober because they’ve quit drinking, but who still thinks they can catch the occasion buzz off a joint. Obviously, this is a million miles from any kind of real sobriety, and the idea that a person must abstain from all drugs and alcohol is basic, first-level stuff to anyone who is genuinely in recovery.

Beyond that, it’s also an easy way to quickly separate out those who really “get it” from those who don’t.

This is NOT a knock to anyone who doesn’t “get it” yet, because everyone who does get it now was someone who didn’t get it before.

In other words, although our first goal in screening license candidates is to make sure we only file cases for those who have what it takes to win, it is always our hope that maybe we can give a person something to think about that will change his or her perspective and help tip the scales in favor of not drinking, and really getting sober.

Let me relate a real-life story from my practice. A number of years ago, I was in a first meeting with a new client. Eventually, we got to the point where I asked him what really made him decide to quit drinking for good.

“You did,” he responded.

I must have looked bewildered, because he smiled, and then clarified himself explaining that it wasn’t me personally, but rather that because of my blog articles, he had called my office some years before. He recalled speaking with Ann, our wonderful senior assistant, and he said that as he tried to BS his way past her, saying that he had learned how to handle the occasional drink every now and then, she remained firm about all this sobriety stuff.

He got so frustrated, he said, that he wound up hanging up on her.

Some time later, in a moment of sober clarity, he thought about his life and his drinking. It was then that he saw himself for what he really was: a guy whose license had been taken away for repeat drunk driving convictions, sitting there, trying to justify that he was still drinking. He realized that alcohol was the common denominator to all his problems.

That helped tip his mental scales in favor of finally making the decision to quit drinking for good, and from there, he embraced a real recovery.

Every part of his life improved with that decision, and we won his license back on the first try.

If there’s a catch to this, it’s that we never really know what “thing,” it will be, big or little, that will become the deciding factor for a person to get sober. There are some people who have more than 10 DUI’s, and even multiple prison stints haven’t been enough to make them stop drinking.

Other people know it’s time to stop the minute they’re arrested for their 2nd DUI.

In a traditional view of recovery, it’s believed that a person has to really “hit bottom” before he or she is finally ready to throw in the towel and quit drinking.

Part and parcel of that belief is that everyone has a different bottom, and while that’s obviously true for those who do eventually get sober, there are also people who don’t seem to have any bottom, or at least not one they reach while alive.

Thus, my hope in writing this article isn’t just to put anyone who smokes recreational marijuana on notice that he or she can’t win a license restoration or clearance appeal, but rather to give him or her something to think about to encourage them toward real sobriety.

If you’re looking to hire a lawyer to win the restoration of your Michigan driver’s license, or obtain the clearance of a Michigan hold on your driving record, do your homework and read around. See how various lawyers explain the license appeal process and how they explain themselves. When you’ve done enough reading around, start checking around.

All of our consultations are free, confidential, and done over the phone, right when you call. We are very friendly people who will be glad to answer your questions, explain things, and eve compare notes with anything some other lawyer has told you.

Even if you need a little “inspiration” to help tip the scales in favor of making the decision to stop drinking so that you can look to win your license back sometime down the road, we’re happy to help.