As Michigan driver’s license restoration lawyers, we spend a lot of our time explaining things and clearing up people’s misconceptions about how the license appeal process works. One of the most common misunderstandings that we run into is that you need to be in AA to win a license appeal. In this article, I want to make clear that YOU DO NOT HAVE TO BE IN AA TO WIN A MICHIGAN DRIVER’S LICENSE RESTORATION OR CLEARANCE CASE, and also correct the completely mistaken idea that someone who currently is not should start going to AA “to make it look good.” 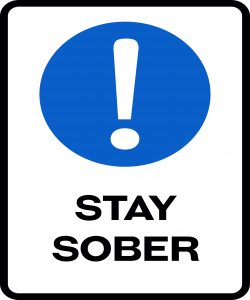 To win a Michigan Secretary of State driver’s license appeal, you have to prove 2 things, by what the state defines as clear and convincing evidence: First, that your alcohol problem is “under control, meaning that you haven’t had a drink for a “legally sufficient” period of time (in our office, we generally want at least 18 months’ clean time before we’ll move forward), and, second, that it is “likely to remain under control,” which requires showing that you have both the ability and commitment to remain clean and sober for life. In other words, you have to prove that you have given up drinking for good and are really a safe bet to never drink again.

The simple fact is that most people do manage to maintain their sobriety without AA. Of course, some in that program will say differently, but even by its own accounts, AA has a long-term success rate of between 3 and 8%, with most experts pegging it at around 5%. Because it was basically the first real “treatment” for alcoholism, people think of AA the in the same branded way they thing of other “first” products, like Kleenex and Windex. The truth, however, is that AA is just one kind of many recovery methods, just like Kleenex is one kind of facial tissue, and Windex is one kind of glass cleaner.

Many years ago, precisely because it was the first, AA was also the only known program that offered any help to someone with a drinking problem.

In truth, Alcoholics Anonymous has never really been anything more than a long-shot to overcome a troubled relationship to alcohol, but before its emergence on the scene, there was no other outside resource available to even try to assist someone with a troubled relationship to alcohol. Before AA, the only thing that concerned family member and friends could do is use what is now known as the “moral model,” which basically amounted to trying to shame someone out of drinking.

That method never worked out in the long run. Thus, and even with its limited overall success, AA was still an improvement.

Of course, AA first became known precisely for its successes, but that’s to be expected. Every scheme or program (think of all the multi-level marketing operations, weight loss programs, and every “get rich by flipping houses” real estate infomercial products there are) is promoted by focusing on those who make it, rather than those who don’t.

If you’ve ever hit the pause button on TV and read the fine print (as both a lawyer and a nerd, I do), you’ll see, for example, that all the “get rich by flipping houses” and wight loss programs have a disclaimer warning that the results shown on the commercial “are not typical.”

The upshot, of course, is that for every 1000 hopefuls who pay for any of these programs, only a few are actually going to ever make any money or slim down.

It’s the same for AA: for every 100 people who try it, only about 5 or so of them will manage to get and stay sober.

That’s not the half of it though, and here, I must tell the reader, “hold on to your hat…”

There’s another recovery method – the oldest one in the world, actually – that has a much better success rate than AA. It’s called “spontaneous remission” and it means that some people simply quit drinking and never go back to it.

As unlikely as that may sound at first, consider that, to this day, the most successful way to quit smoking is to just stop cold turkey. For all the hypnosis and pills and gimmicks out there, by far, the largest majority of ex-smokers are people who just quit.

What’s more, nobody knows how many of the people who attend AA and do manage to stay sober are people who would have otherwise recovered anyway, as a result of spontaneous remission.

Before we get too far into the weeds here, let’s keep our focus on what matters: more people manage to get and stay sober by just “quitting” than do through AA.

This is not to discount that AA is an absolute lifesaver for some people; it absolutely is. For them, it is, for whatever reason or reasons, a genuinely good thing. Nothing in this article is meant to take away from that.

For the majority of people who get and stay sober, though, going to or otherwise staying in AA is just not necessary.

The court system, for its part, latched onto AA decades ago, and since then, it has directed thousands of DUI offenders to meetings, with little to no feedback on if or how that works. In fact, sending people to AA is simply has become a default course of action in many repeat-offense DUI cases.

To be sure, my team and I have certainly met our fair share of driver’s license restoration clients who are truly “into” AA, and are glad they found it, whether on their own or through court order.

However, way more of our clients – all of whom are sober – are people who had gone to AA for a while in the past – some under court order and some on their own – and then stopped after deciding that either they had gotten what they needed from their time there, or that the program simply wasn’t for them at all.

Those are, by far, the most common experiences of the people we represent, and remember, our firm guarantees to win every driver’s license restoration and clearance appeal case we take, so we put our money where our mouths are in that regard.

I don’t want to turn this article into any kind of attack on AA, because I do think some of the most important lessons and truisms of recovery come directly from the program, but the simple fact is that most people who get and stay sober don’t thrive in it.

For some, AA is too religious.

I know all about the “higher power” workarounds as a substitute for any concept of an actual God. AA people will advise those who struggle with the biblical concept of God that they can use anything as a “higher power,” including a table, or the group itself.

This sounds good for a while – until it doesn’t.

The reality is that AA is very much a God-based program, and there is no way around that fact. Consider this:

AA’s 11th step provides: “Sought through prayer and meditation to improve our conscious contact with God, as we understood Him, praying only for knowledge of His will for us and the power to carry that out.”

So how does one seek, through prayer and meditation, to improve his or her conscious contact with a table, or “the group,” and pray only for knowledge of the table’s or the group’s will for themselves, as well as the power to carry that out?

If were going to be brutally honest, that’s a true WTF? moment, and it leaves a lot of people out in the cold.

Whatever else, it would seem that anyone seeking help for his or drinking should be working on just that – his or her drinking problem – rather than trying to resolve any philosophical conundrums about a higher power.

In the last number of years, the focus for those who study addiction and recovery has become far more “holistic,” with an understanding that since every person is unique, so too are the ways they recover. What works for one person may not for another, and vice-versa.

At the end of the day, what matters is what works for each individual person.

In our practice we’ve seen people manage their sobriety in just about every possible way.

For example, even with my clinical education (I completed a formal, post-graduate program of addiction studies that included an in-depth review of the whole range of recovery processes), I had never heard of “bibliotherapy” as one of them.

Yet that’s exactly how one of my clients became and stayed sober: by reading about recovery. As unique and “specialized” as his recovery method may have been, it worked for him, and because of it, he was able to quit drinking and live a sober lifestyle.

Ultimately, I was able to prove to the Michigan Secretary of State that his recovery was the real deal, and he won his license back.

The point here is that if something works, then stick with it. Remember, life is always about “different strokes for different folks.”

As another old saying goes, “the proof is in the pudding,” and as it relates to sobriety, AA is just one of many flavors.

It is simply NOT true that a person needs to be in AA to win a license appeal, and it’s even worse to suggest that he or she start going for appearance’s sake. Not only is that bad legal advice, it’s also disrespectful to those who attend AA looking for real support.

My team and I know better.

Remember, our office guarantees to win every driver’s license restoration and clearance appeal case we take. That means we stick with every case until it does win, and that we make our money winning the first time around, and NOT having to come back the following year and do everything all over again, for free, as “warranty work.”

If you are looking for a lawyer to win back your Michigan driver’s license, or to help you obtain the clearance of a Michigan hold on your driving record so that you can obtain a license in another state, be a good consumer, do your homework, and read around. Pay attention to how lawyers explain the license appeal process, and how they explain the way they handle driver’s license restoration and clearance appeal cases.