My team and I handle over 200 Michigan driver’s license appeal matters per year. We speak with a lot of people, and, in doing so, hear a lot of misconceptions about the license appeal process. One of the more common things people say is an objection of sorts. It’s often put like this: “They want me to say I’m an alcoholic!” That’s not exactly true, but it’s not completely wrong, either. In this article, we’re going to look at why this whole subject relevant to anyone who has had their license revoked for multiple DUI’s. 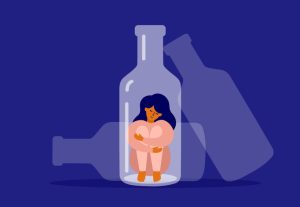 The Michigan driver’s license appeal process is governed by law. It can get complicated. We’re going to skip over all that and examine this in simple terms. The first thing the reader should understand arises out of the DUI law itself. In Michigan, anyone convicted of 2 DUI’s within 7 years, or 3 DUI’s within 10 years, is classified as a “habitual alcohol offender.” There are 2 important consequences of that are especially significant here:

The first, of course, is that a person’s driver’s license gets revoked by the Michigan Secretary of State. Not surprisingly, the reader is likely here for just that reason. The second consequence of being categorized as a “habitual alcohol offender” is that any such person is presumed, by law, to have an alcohol problem. This means it is understood, as a starting point, that anyone who has to file a license appeal after multiple DUI’s has some kind of drinking problem.

This is huge. Unfortunately, it’s also often overlooked, and is a key reason why so many license appeal cases wind up being denied. Fortunately, our firm doesn’t have that problem; we guarantee to win every license restoration case we take. Our guarantee is important. In a very real way, it defines my team and I. We can guarantee our work because we know the law. We also know that a person doesn’t necessarily need to claim that he or she is an alcoholic to win a license appeal.

However, as we just noted in the paragraph before last, anyone convicted of multiple DUI’s is legally presumed to have some kind of alcohol problem. The key words there are “some kind.” The reality is that plenty of people can rack up several DUI’s without ever having been a big drinker. Certain of them may have been binge drinkers. Others may have been nothing more than infrequent drinkers, but the fact that they’ve racked up several DUI’s also makes them risky drinkers.

The point of the law is to keep any and every “habitual alcohol offender” from getting behind the wheel until he or she can prove they’ve quit drinking for good. In other words, even if someone rarely drinks, the simple fact that he or she has racked up 2 DUI’s within 7 years (or less) means there is some kind of problem. Central to our discussion here is the idea of person having “some kind” of drinking problem.

The whole “but they want me to say I’m an alcoholic” thing is, therefore, a bit misplaced. Clinically speaking, there isn’t a formal diagnosis of “alcoholic.” In fact, even the old diagnoses of “alcohol abuse” and “alcohol dependence” were officially replaced in 2013. The new term is “alcohol abuse disorder,” and it’s qualified by being either mild, moderate, or severe.

That’s all well and fine, but in the real world, people still use the term “alcoholic” to describe someone with a serious drinking problem. For most, of course, the term “alcoholic” conjures up images of someone who is a major-league drinker. This typically includes people who are physically dependent on alcohol, as well as those who drink daily, or can’t otherwise seem to function without drinking.

Whatever else, it certainly doesn’t bring to mind someone who only drinks once in a while.

The thing is, just about everybody has their own definition of “alcoholic.” One the one hand, someone who is daily drinker undoubtedly thinks it’s a person who is even “worse” than him or her. He or she probably envisions someone who wakes up with the shakes and needs a drink to steady themselves.

On the other hand, a non-drinker my have a much lower standard, and consider anyone who drinks every day to be an “alcoholic.”

All of this, however, stands in rather stark contrast to how many people who have quit drinking describe themselves. To be sure, nobody races to embrace the label “alcoholic.” The reality is that when people who had a troubled relationship to alcohol finally do quit drinking, they tend to not be hung up on a precise diagnosis for their old behavior.

In fact, those who attend AA get past this real fast. People introduce themselves at AA meetings by saying “Hi, my name is So-and-So, and I’m an alcoholic,” to which the group responds, “Hi, So-and-So.” There is a real benefit to this, because it helps a person move beyond labels and focus, instead, on the fact that his or her drinking became some kind of problem. Enough of a problem that it needed to stop. The point is to look forward, at not drinking in the future, rather than looking to the past, and focus on how much one did (or did) not drink.

The simple fact is that it really doesn’t matter how much or how often a person drank. Instead, what matters is that his or her drinking was causing problems. There are plenty of people who can drink regularly, but without any negative consequences. On the flip side, there are plenty who don’t drink very often, but who tend to go overboard when they do.

And then there is everyone in-between. Our point Is that, above and beyond everything else, a person has some kind of problem when his or her drinking causes trouble in life.

Like not having a driver’s license for racking up multiple DUI’s. When that happens, it’s more than just bad luck.

The state, for its part, has written this into law. Remember, in Michigan, a person is presumed to have a problem if he or she racks up 2 DUI’s within 7 years, or 3 within 10 years. This is why the state will automatically revoke his or her driver’s license.

To win it back, the person must prove, by what the law defines as “clear and convincing evidence,” 2 things:

First, that his or her alcohol problem (remember, it is presumed by law) is “under control.” This means he or she must show that he or she has COMPLETELY abstained from drinking (and using any other substances, including recreational marijuana) for a legally sufficient period of time. The exact amount necessary will vary from case to case, of course. As a general rule, though, our firm requires at least 18 months of clean time before we’ll file a case.

Second, that the person’s alcohol problem is “likely to remain under control.” This is huge. It means showing one’s self to have both the ability and commitment to remain sober for life. Put another way, a person must demonstrate him or herself to be a safe bet to NEVER drink again (or use any other substances, including recreational marijuana).

In the context of the Michigan license appeal process, being asked “do you consider yourself an alcoholic?” isn’t about agreeing to a clinical diagnosis. Instead, it’s about admitting that one’s relationship to alcohol simply became unsustainable. Anyone filing a license appeal following multiple DUI’s has to convince the hearing officer that he or she has accepted that drinking caused enough trouble for them to decide to quit for good.

And that right there is the crux of the question. It might help to think of what’s really being asked more in terms like this: “Are you 100% convinced that, no matter what, you can never drink (or smoke weed) again – ever?”

If the reader can’t say “yes” to that, then the whole “alcoholic” thing doesn’t matter anyway.

On the flip side, if a person can honestly say “yes,” then he or she has what my team and I need to make a winning case.

Never forget that winning a Michigan driver’s license restoration requires proving, by clear and convincing evidence, that one is committed to remaining sober for life. That kind of commitment can’t exist unless a person has truly grown sick and tired of the problems caused by his or her drinking and believed the only option was to quit, and adopt a sober lifestyle.

To be super-technical, a person could answer the “alcoholic” question by saying something like this: “I don’t know that I was far enough along to be considered an ‘alcoholic,’ but I do know that I had enough a drinking problem that I had to quit for good, and that I can never take another sip as long as I live.”

If saying it that way makes someone feel better, then go for it. When you think about it, though, it’s pretty much an example of the old saying, “six of one, half dozen of another.”

If you are looking for a lawyer to win back your license, or obtain the clearance of a Michigan hold on your driving record, be a savvy consumer and read around. Pay attention to how different lawyers explain the license appeal process. Note also how they explain their various approaches to it, as well.

This blog is a great place to start. The driver’s license restoration section has over 660 articles to date. It is fully searchable and updated weekly with new, original content. The reader can find more information here than any and everywhere else combined. Don’t take my word for it though, see for yourself.

When you’ve done enough reading, start checking around. You can learn a lot by speaking with a live person. Our firm can handle your case no matter where you live, so make sure you give us a ring.

All of our consultations are free, confidential, and done over the phone, right when you call. My team and I are very friendly people who will be glad to answer your questions and explain things. We’ll even be happy to compare notes with anything some other lawyer tells you.