In our capacities as Michigan driver’s license restoration lawyers, we deal with all kinds of cases, from those that are super-easy to others that are really hard. Because we guarantee to win every license restoration and clearance appeal case we take, “hard,” at least for us, still means winnable, but who wouldn’t prefer easy, instead? Like many of my other articles, this piece was inspired by a recent situation in our office that presented an opportunity for use as an example explain some important things about license appeal cases. 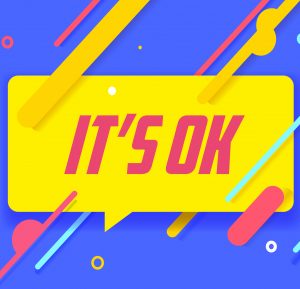 A person called our office from out of state about getting his license back. In this case, because he has a Michigan hold on his driving record but no longer lives here, he would be seeking a “clearance,” meaning a removal of that hold so he could get a license in his new state. After he spoke with Ann, our senior assistant, she related a few interesting details about their conversation: The caller had been sober for over 15 years, had quit drinking immediately after his 4th (and last) DUI, had not driven since then, either, and had also gone to AA early on, up until he felt he had gotten enough out of the program.

She smiled a she prefaced her remarks to me by light-heartedly saying that she wished all cases could be this easy and solid, noting that this fellow was kind of like the “perfect” client. When she said that, I first agreed that he seemed to “check all the boxes,” and then, as I thought about it, realized that very few people every do actually check all the boxes, and that’s okay, because that’s how real life works. However, I also realized that, given how fortunate it was for us to have this kind of rare bird fall into our laps, I could use him as an example of sorts.

To begin, I want to reiterate that I’m using this person’s situation because it is exceptional. The usual person we take on as a client – and remember, we guarantee to win every driver’s license restoration and clearance appeal case we take – doesn’t have the same kind of record, nor the same kind of length of sobriety as this client, and that’s fine. Here’s what I mean:

Imagine you are general dentist, and filling cavities is the bread and butter of your practice. As such, you fill some small cavities, fill some that are medium-sized, and have to do much more extensive work on others because they are so big, they cannot be filled, and the person will instead need to have the tooth ground down to a stump, and then covered with a crown.

In most cases, you have to give the patient a shot of Novocaine, dig around and do your work, and then send him or her home with instructions to floss and brush regularly.

This is what you do all day, everyday, and you’re used to it. You stand as ready to fill a small cavity as you do to fix a tooth that’s badly decayed and needs a crown.

One day, a person comes in with a cavity that is so tiny, and in such a convenient place that you don’t even have numb the patient, and you can fill this little divot with your eyes closed. The whole job takes less than 1/3 the time you usually spend on the average filling.

You don’t get many of these, but you sure wish you did!

That’s kind of how we felt about this new client.

It’s important to always keep in mind that the very first thing a person needs in order to win a driver’s license restoration case is genuine sobriety, because the whole point of the license appeal process is to verify that a person has genuinely quit drinking and is committed to never drinking again.

To be clear, this is a completely non-negotiable requirement, and the kind of sobriety we’re talking about is absolute, meaning that a person has chosen to live a sober lifestyle and abstain not only from alcohol, but from any and all other substances, including recreational marijuana.

Under Michigan law, anyone who has been convicted of 2 DUI’s within 7 years, or 3 DUI’s within 10 years is categorized as a “habitual alcohol offender.” In addition to having his or her license revoked, he or she will also be legally presumed to have some kind of drinking problem.

This is huge, because the reality is that if a person has to file a license appeal after having lost his or her driving privileges for multiple DUI’s, then it is assumed (and, legally speaking, presumed) that he or she has a problem with alcohol. In other words, any such license appeal starts out with the notion that the person has some kind of troubled relationship to alcohol as a foregone conclusion.

The main rule governing Michigan driver’s license restoration and clearance cases requires that, in order to win a license appeal, a person must prove, by what is specified as “clear and convincing evidence,” that his or her alcohol (and/or substance abuse) problem is both “under control” and “likely to remain under control.”

“Under control” means that a person has quit drinking (and/or using drugs) and has been completely abstinent for a legally sufficient period of time. The precise amount of clean time can vary from case to case, but in our office, we generally won’t even consider moving forward unless a person has been totally alcohol and substance-free for at least 18 months.

“Likely to remain under control” means that a person intends to “stay quit,” and has both the ability and the commitment to never drink or get high again. Put another way, it means a person is a safe bet to remain sober for life.

That intention to never drink or use again and live a substance-free lifestyle is a key part of real sobriety, and is very different from mere abstinence. While it’s true that all sober people are abstinent, it is certainly NOT true that all abstinent people are sober.

The caller to our office had 15 years of sobriety under his belt, and was very clear that alcohol no longer had any place in his life and never would again. He was equally clear that everything about his life had changed – all for the better – when gave up drinking and embraced real and permanent sobriety.

I need to preface what I’m about to say next, because what we’re going to talk about is hypothetical, and doesn’t stand up for comparison to anything in the real world. If I was asked to “build” the perfect candidate to win a license appeal, meaning as an ideal, I would include the following 5 characteristics:

1. A clear acknowledgment that drinking made his or her life a mess, leading to an “epiphany” moment when he or she knew it was time to quit.

2. Following up that decision to quit by getting into some kind of counseling and/or treatment.

3. Early attendance at AA, or some other kind of support group.

4. The implementation of significant life changes, like ditching the drinking friends, and adopting a sober lifestyle.

5. A sense of gratitude for what sobriety has brought, including improved physical, mental (and, for some, even spiritual) health, better relationships, better employment, and an overall better outlook on life.

The caller who inspired this article seems to have all those attributes, but it’s important to remember that this guy seemed rather exceptional to my team and I.

In the real world, sober people, just like every other kind of person, comes with warts and all.

The reader might notice that I did NOT include one thing on the list above, and that’s ongoing attendance at AA, another support group, or counseling. Although everyone’s opinion on some subject or other is just that – an opinion, I have a little weight behind mine in that regard. Let me explain:

Years ago, as a busy Michigan DUI and driver’s license restoration lawyer, I realized that I had come to know a lot about alcohol and drug problems. Given that problematic alcohol use was (and still is) at the very core of what I do for a living, I decided to expand my knowledge, and enrolled in a post-graduate program of addiction studies. I wanted to learn the clinical side of things.

From my time attending formal lectures on the University campus and having completed the various courses, I came away with a much deeper and wider understanding of the development, diagnosis, treatment of and recovery from alcohol, drug, and other addiction issues.

Although my practical experience had long before proven to me that most people actually do manage to stay sober without AA or counseling, I was able to dive into the actual clinical research in order to confirm that.

The simple truth is that most people who successfully quit drinking or using drugs and then stay sober do NOT need to keep attending any kind of counseling or support group.

That said, most of the “best” sobriety I have seen is had by people who did attend AA for a while, took what they needed, and then moved on.

Unfortunately, there is an old-school (and very much mistaken) belief that unless you’re in AA, you can’t be sober, and that can trickle into the minds of some Secretary of State hearing officers.

It’s our job, as Michigan driver’s license restoration lawyers, to clarify that.

Our firm guarantees to win every driver’s license restoration and clearance appeal case we take. Under that guarantee, If we don’t win, we stick with the case before the Michigan Secretary of State until we do.

To be blunt about it, we bank on winning. Our firm make its money by winning these cases the first time around, and NOT by losing and then having to come back and do the whole thing all over again the following year, for free.

I say this because my team and I know how to screen people before we’ll take a case. We don’t take cases we can’t win, and the simple truth is that almost nobody comes to use like the “ideal” candidate described above. Here is what I want the reader to understand:

If you are legally eligible to file a license appeal, are genuinely sober, and have that “legally sufficient” amount of clean time to your credit, we can win your license back – guaranteed.

You don’t need to be like the “ideal” client to win a license restoration or clearance case; you just need to be sober.

You bring us real sobriety, and we’ll get your license back – guaranteed.

If you are looking for a lawyer to win back your driver’s license or clear a Michigan hold on your driving record so that you can obtain a license in another state, be a good consumer and read around. Pay attention to how different lawyers explain the license appeal process, and how they explain their various approaches to it.

When you’ve done enough of that, start checking around. You can learn a lot by actually speaking with a live person. Our firm can handle any Michigan license appeal case no matter where you live.