The essence of my job as a Michigan driver’s license restoration lawyer is to take people who have honestly quit drinking and get them back on the road. Key here is the notion that a person has actually quit drinking for good. In that context, I have written many articles about sobriety, exploring what the term really means, how someone becomes sober, and why proving sobriety is the key to winning a license appeal. No matter how much I put it out there, however, I still get loads of calls and emails from people who want their license back, but aren’t very clear about this whole sobriety thing. It seems about time to revisit this subject, and perhaps try to make clear that “quitting drinking” means you don’t consume any alcohol whatsoever. 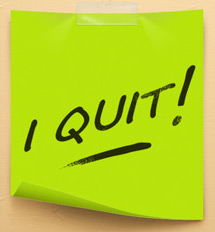 If you wanted to boil down the entire driver’s license restoration and clearance process into one short sentence, it would go much like this: you must prove to the Michigan Secretary of State, through its Administrative Hearing Section (AHS), that you have completely quit drinking alcohol and will never do so again. It really is that simple. Anything else that seems complex about the process has to do with proving sobriety. In the previous article on this blog, I looked at the 3 main reasons why winning a license appeal is so hard, and to a large extent, everything examined there had to do with proof and proving sobriety.

It may be easier to start out by pointing out what sobriety isn’t, rather than is. Some people mistakenly think that they can call themselves sober, but still drink. Usually, this misapprehension is based upon some idea that if a person only drinks once in a while, it’s okay. Let me make this as clear as I can: “sober,” in the context of a Michigan driver’s license restoration or clearance case, means you have given up alcohol for good, and forever. It means more than just not drinking; it means you have made a commitment to live an alcohol-free lifestyle. It goes beyond just you not drinking, and planning to never drink again, and spills over into your whole life. An “alcohol-free lifestyle” is one where you don’t hang out with drinkers, don’t go to bars or drinking functions and don’t have alcohol in your home. There’s more to it than that, but as a general description, that will do.

When a person really does get sober, his or her whole life changes. In the real world, nobody thinks about quitting drinking because it’s working out so well. By the time most people ever start thinking they may have a troubled relationship to alcohol, it’s usually the case that lots of damage has already occurred. In the history of recovery, no one has ever quit drinking too soon. The main point here, though, is that when we talk about “quitting drinking” and “sobriety,” especially within the context of winning your license back, we are talking about completely eliminating alcohol from your life, and doing so on a permanent basis.

There is an important distinction between mere abstinence and real sobriety. Having examined that in many of my previous articles, I’ll simply observe that if Tipsy Tina joins the military and is shipped off to Saudi Arabia for 2 years, a country where alcohol is not allowed, and she therefore does not drink, she is abstinent. Tina, for her part, can’t wait to get out of there, and the first thing she wants to do when she does is have a few drinks. Tina is abstinent, because abstinence means “not drinking,” while in Saudi Arabia.

Contrast that that with Sober Sam, who, after his 3rd DUI, realized that alcohol was ruining his life, was undoubtedly the reason for his divorce, and now had him facing real jail time. Sick and tired of being sick and tired, Sam went to counseling, broke away from his drinking friends, avoided bars and situations where people drink a lot. He met a nice girl who didn’t care about drinking and was fine not indulging. Soon enough he got a better job, and feels 1000% (that’s right a thousand!) better physically, emotionally and everything else. To Sam, it goes without question that the best thing he ever did was put the plug in the jug. Sam is sober.

This means you absolutely cannot be “sober” but still drink once in a while. If a sober person ever drinks again, that’s called a relapse. In much the same way, a person cannot really say that he or she has “quit” drinking, but imbibes once in a while,  just for a special occasion. Sober is sober, and quit means quit. You can’t quit your job, but still show up for work now and then. Unless and until a person has decided to never consume alcohol again, he or she hasn’t fully quit drinking, and is not completely sober.

This is fundamental to a license appeal. The Michigan Secretary of State decided long ago that when someone has his or her license revoked for multiple DUI’s, he or she is too much of a high risk on the road. There’s a lot that goes into this, but the bottom line is that, by law, the ONLY people who will ever get their licenses back are those who can prove they will not drink again, ever. The state has no interest in listening to anyone who has racked up multiple DUI’s explain how things are different now, or that they’ll never drink and drive, or that they only have a glass of wine once in a while with dinner. A person is completely shut out the moment he or she so much as talks about the possibility that they’ll ever drink again.

Whatever else, people who do not drink are not at risk to drink and drive again. These are the only people who will be considered for a license reinstatement.

Some people will argue that it’s legal to drink; sure it is, but that has nothing to do with getting your license back once you’ve lost it for multiple DUI’s. I’ve heard every argument and complaint there is: “This law is BS,” “This is unconstitutional” (it’s not), and “This is unfair!” None of that matters. From the state’s point of view, the line has been drawn, and only those people who can prove they have quit drinking and are a safe bet to never drink again will be considered for a license reinstatement or clearance. That’s the way the rule works, and what you think about it does not mean a thing. The simple bottom line is that if you drink, or even think you can ever drink again, then your appeal will be denied.

A few years ago, I wrote an article about picking your battles, where I explained that I work within the existing rules to win license cases. Personally, I don’t think the license appeal process is unfair, and from a business point of view, I have more than enough sober clients to keep me busy. I have exactly zero interest in debating the rules with anyone, or taking up some person’s cause about how things need to be changed so he or she can have the occasional glass of wine. Good luck with that. You can take this much to the bank: no one has ever won that argument, and no one ever will.

When you take a step back and think about it, anyone who gets upset because the license appeal process is all about not drinking is still giving alcohol a very high priority in their lives. Too high, in fact. If someone has their license taken away for being a habitual alcohol offender, and instead of understanding how and why the state will only give it back to those who can prove they’ve quit drinking for good, would rather argue about being able to still drink, that should tell you something. What it tells me is that such a person is a million miles away from being a candidate to win a driver’s license restoration or clearance appeal.

Sober people will just “get” this concept. Many will not, but my real hope is that some may stop long enough to just think about it. One of the best observations I ever heard about when you know drinking has become a problem went something like this: Normal drinkers are normal drinkers because they can drink normally, and don’t have to really think about it, or plan around it. If a normal drinker goes out to have a beer or two, he has a beer or two. Maybe he runs into someone he hasn’t seen for a while, and sticks around for another hour and has a third. Maybe, though, after the first beer, he looks at his watch and says to his buddies, “Man, I’ve got a lot of stuff to do, so as much as I’d like to stick around, I better get going,” and then he leaves. Whatever else, he NEVER has to even think about a beer or 2 becoming 6, or 8, or even more, and then getting a ride in to the local jail in the backseat of a police car.

When you have to think about controlling your drinking, or limiting how much you drink, you’ve already passed the point of being a normal drinker.

This is one of those topics that we could explore forever, and from a million different angles, because there is so much to it. The main point I wanted to make with this installment, though, is that in order to be a candidate for a Michigan driver’s license restoration or clearance appeal, you must have really quit drinking, and must really intend to never drink again. To win a license case, you’re going to have to show that you have both the commitment and the tools to remain sober and never drink again. This means that if you still indulge, however infrequently, or even think you can, and have not otherwise fully committed to remaining alcohol-free for life, you don’t meet the requirements to win a license appeal. It’s that simple.

For all of that, I am always willing to talk with someone to help him or her tip the scales in favor of quitting drinking. Even if you’re not there yet, maybe we can explore this in a way where something changes and you do decide to stop. I guarantee to win every license case I take because I only file cases for people who have genuinely quit drinking, but I am more than happy to help speak with anyone in order to reevaluate his or her relationship to alcohol. The inspiration to get sober can come from anywhere.

If you need to win back your Michigan driver’s license, or you now live out of state and need to clear a Michigan hold on your driving record, as long as you’ve quit drinking, I can do that for you, guaranteed. Even if you haven’t quit yet, but want to talk about it, give me a ring. You can reach my office Monday through Friday, from 8:30 a.m. until 5:00 p.m. (EST) at 586-465-1980. We’re here to help.