In order to win a Michigan driver’s license restoration or clearance appeal, you must prove that you have quit drinking for good. This requires more than just saying so. In this very short article, I want to make clear that the first and main requirement to win your license back is that you no longer drink alcohol. Although I frequently publish articles about recovery and sobriety, my staff has suggested that I put up something brief and more straightforward, because we still get lots of calls from people who seem to misunderstand the concept of sobriety and mistakenly think that being sober means something other than that you don’t drink anymore. 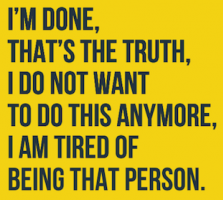 Thus, we’ll begin with this very simple declaration: you cannot win your license back if you still drink, however “occasionally,” or even if you think you can still drink at any point in the future. Some people think that they somehow “deserve” to be able to drink because they haven’t had a license or otherwise been in trouble for a long time. This thinking misses the mark by about a million miles, because the whole point of the license appeal process is to ensure that the only people who get back on the road are people who have quit drinking for good.

The Michigan Secretary of State, through it’s Administrative Hearing Section (AHS), the body that decides driver’s license appeals, has a duty to protect the public by making sure that some risky drinker doesn’t get his or her license back, drive drunk again, and then kill someone. You have to understand that, from the state’s point of view, once a person has his or her license revoked for racking up multiple DUI’s, he or she is considered too risky to be allowed to drive again unless and until he or she quits drinking for good.

The state will never – and this is key – NEVER give a license back to someone with multiple DUI convictions who still drinks alcohol, or even thinks he or she can. The bottom line is that such a person has proven that, at least some of the times he or she drinks, bad and dangerous decisions can follow.

That, in and of itself, is considered too much of a risk.

The interests of public safety are much greater than the transportation inconvenience of someone who, by law, has been categorized as a “habitual alcohol offender.” On the other hand, the state also knows that people who don’t drink are exactly zero risk to drink and drive.

Thus, the Secretary of State has drawn a line in the sand, so to speak: if you’ve been revoked for multiple DUI’s, the only way you’re going to get your license back is to prove that you’ve quit drinking for good.

This is the point where those who really don’t “get it” reveal their stubbornness. When someone says things like “Drinking is legal, and I’m an adult, so this isn’t fair,” they are obviously missing the point. Drinking, of course, is legal, but the state isn’t making you stop. In fact, you have every right to drink.

Driving, however, is a privilege (remember this from driver’s ed?). Thus, the state offers a choice; do you want to drink, or would you rather drive? And really, if you think that after 2 or more DUI’s the idea that you won’t get your license back until you’ve proven that you have quit drinking for good is unfair, then drinking is certainly up WAY too high on your list of priorities.

If a person gets popped for a DUI, you would think he or she would be so profoundly shaken by the experience, they’d take the necessary steps to make sure it wouldn’t happen again. In fact, that’s exactly what the court, specifically, and society, in general, expects.

If it happens a second time, you’d figure that it would be a personal crisis equivalent to a 5-alarm fire. Thus, it’s perfectly understandable why the state yanks your license after the 2nd DUI and says you don’t get it back until you can show you’re done drinking.

Why in the hell would someone for whom drinking has caused so much trouble continue to drink at all, much less expect to be able to drive and still consume alcohol? It is supposed that after all the trouble drinking has caused, a person would just “figure it out.” Unfortunately, the person with the drinking problem is usually the last one to do so. Instead, they usually keep running headfirst into the same wall again and again, all for alcohol.

Not surprisingly, absolutely every person who says that they don’t drink as much, or that they’re drinking isn’t like before also insists that he or she only drinks once in a while. They all promise (as they have before), that no matter what, they will never drink and drive again.

The state, for its part, stands firm: you can drink all you want, but don’t bother asking for a license back until you’re ready to prove that you have eliminated alcohol from your life.

Plus, it is pretty much assumed that people who have been convicted of multiple DUI’s who say they only drink once in a while aren’t drinking nearly as “occasionally” as they might think.

To put this into perspective, imagine a school district sending out notice to all the parents that the new, after hours custodian of the local elementary school is Larry, who has been to prison twice before for molesting children. Crazy, right?

So why is it different for the state to mandate that the only way a multiple DUI offender can get his or her license back is by proving that he or she has quit drinking for good?

And for all of that, it really doesn’t matter what anyone thinks of the system, because it is what it is. Do the SOS rules sometimes produce unfair results? Sure. If you want to drive again though, you can quit wasting your time arguing and playing the “what about?” and “what if?” game and understand that the only way you’re going to get back on the road is to play by the rules the state has established.

You either prove you have quit drinking, or you can forget about driving. Nothing else matters, and that includes how much you “need” a license or how long you’ve been without one.

Proving that you have quit drinking to the state’s satisfaction is my job. If you really have, then I guarantee to win your license back. If you haven’t, then I’ll be glad to talk with you to help you tip the scales in favor of deciding to quit. All of my consultations are confidential, and done over the phone, right when you call. We’re really friendly people and you can reach us, Monday through Friday, from 8:30 a.m. until 5:00 p.m. (EST), at 586-465-1980. We’re here to help.