As DUI lawyers, a regular part of our job is explaining to people what happens to the driver’s license in a 1st offense drunk driving case. In this article, I want to focus on that exact issue, and how what does happen to your license depends on whether or not there can be a successful challenge to the evidence, or some kind of plea bargain. Understandably, people get all freaked out about losing their license, but the good news is that if you are facing a 1st offense DUI case, you simply won’t. 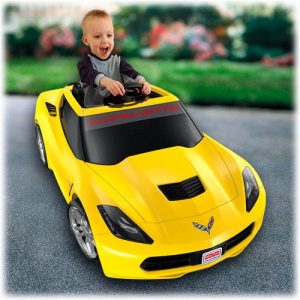 Instead, your driving privileges will be “restricted” for a specific period of time, to a greater or lesser extent, depending on the final charge in your case. The specific DUI charge you initially face may very well be reduced by a plea bargain (or through a challenge to the evidence) so that the final charge that does, in fact, go on your record, is less serious than what was first brought against you. Because each of the various types of 1st offense DUI charges carry different license consequences, we’ll go through them one-by-one, and look at the specific restriction periods for each, as part of our later discussion.

A little comparison here will help put things into perspective: if you’re convicted of a 2nd or 3rd offense DUI, rather than a 1st offense, then you will truly “lose” your license, because it will be revoked. Revoked means taken away for good, like being expelled from school. This action is mandatory in all repeat drunk driving cases. First offenders only face a suspension (with restrictions), and not a revocation.

By contrast, there isn’t even a legal possibility of having your license revoked for a 1st offense DUI. Instead, your license will be suspended and restricted for a set period of time (not to exceed 1 year), depending on which of the various 1st offense charges ultimately goes on your record.

Of course, everyone wants to avoid all of these problems and just have their whole DUI charge to go away.

Therefore, the first thing a DUI lawyer does is to obtain all the evidence and then carefully examine it to make sure there isn’t, in fact, some way to beat the case, or to at least find something that can be used to drive a seriously good plea bargain. This level of examination requires more than just getting and reading the police report, and almost always involves obtaining the police-car, dash cam video, any body-cam video, and often, any booking from the police station, as well.

Just to digress for a moment, we often see an interesting irony at work here: most of the times that we do find some flaw in the evidence, it’s not because the client pointed it out, insisting the police screwed up. Instead, we make these discoveries through being diligent and looking at everything through the proverbial microscope, often on behalf of a client who more quietly relies upon our analysis, as experienced DUI lawyers, than his or her own.

At any rate, while it’s great to get a case “knocked out,” the simple truth is that those situation are more the exception, rather than the rule. Facts are facts, and the evidence in a case is either solid, or it’s compromised in some way. While it’s always best to have the best lawyer you can afford, hiring one lawyer over another is not going to change the facts of a case. It’s just that a better lawyer will be able to analyze those facts, well, better.

As a side note, while it’s true that some few cases are taken to trial, it is equally true that the success rate, despite how some lawyers try to spin it, is RIDICULOUSLY low. On July 1, 2019, the figures for the Annual Drunk Driving Audit for 2018 were released. This audit is required by law and carried out by the Michigan State Police. It tracks every DUI and DUI-related arrest in Michigan.

The numbers are generally very consistent from year to year in Michigan: to compare, in 2018, there were 31,776 DUI-related, alcohol arrests. Out of all of them, a paltry 48 people went to trial and actually beat the charges. This means that of those nearly 32,000 people arrested for DUI, only 0.15% beat their case through trial. In 2017, that percentage was about .10%, with only 31 lucky souls found “not guilty.”

Whatever else, the rate of acquittal never rises to even 1/4 of 1% of those initially arrested for a DUI, meaning that, whatever else happens, over 99% of all people arrested for drunk driving aren’t going to beat the case by taking it to trial.

The real upshot of this is that it’s almost certain that your case will be resolved either by a plea, plea bargain, sentence bargain, or if the facts line up, through some kind of successful challenge to the evidence.

It has always been the case that the overwhelming majority of DUI cases are wrapped up through a plea arrangement of some sort. This makes a plea bargain very important. A plea bargain is a deal that, in exchange for a defendant pleading guilty to a less serious offense, the prosecutor and the Judge dismiss the original and more serious charge initially brought against him or her.

In the real world, there are 2 types of 1st offense DUI charges that people face:

A conviction for OWI carries a 6-month suspension of the driver’s license, with restricted driving privileges. After 30 days of what is called a “hard suspension,” meaning a period during which you cannot drive at all, you will automatically get a restricted license for the remaining 5 months. This means that if you’re ultimately convicted of OWI, you won’t be able to drive for 30 days, and then will have a restricted license for the next 5 months. After that, you get your full license back.

A conviction for High BAC carries a 1-year suspension of the driver’s license, with restricted privileges for 10 and 1/2 months. After 45 days of a “hard suspension” during which you cannot drive at all, you will get a restricted license for the remaining 10 and 1/2 months. The catch here is that during those 10 and 1/2 months, you can ONLY drive with an ignition interlock installed in your vehicle. At the end of that year, you can dump the interlock and get your full license back.

There is a 3rd and least serious DUI charge is called OWVI, or “Impaired Driving” (technically, it’s called “Operating While Visibly Impaired,” but everyone just says “Impaired”). This is the “lowest” of all the DUI-related charges out there. You almost NEVER see a person initially charged with this offense. Unlike OWI, which specifies a BAC of .08, or High BAC, which begins at .17, “Impaired” has no BAC limit, low or high.

Because it carries fewer points, less of a fine and a far more lenient license sanction, it is the best deal in terms of all the alcohol-related traffic charges:

A conviction for OWVI carries a 90-day suspension of the driver’s license, and provides restricted driving privileges for that entire time. There is NO hard suspension. In other words, there will be no time during which you cannot drive. After the 90 days’ of restrictions are up, you get your full license back.

Under Michigan law, a “restricted license’ allows a person to drive ONLY –

In the course of his or her employment or occupation, and also to and from:

His or her residence.

His or her work location.

An alcohol or drug education or treatment program that was ordered by the court.

Any community service program that was ordered by the court.

Any educational institution at which he or she is enrolled as a student.

Any place for regularly occurring medical treatment for a serious condition for the person him or herself, or a member of his or her household, or immediate family.

An ignition interlock service provider, if an interlock has been ordered or, in the case of a High BAC conviction, is required.

When driving on a restricted license, the person must carry proof of his or her destination and the hours of any employment, class, or other reason for traveling and must be able to provide that proof to a police or law enforcement officer.

Everything I’ve stated above is required by law and imposed by the Michigan Secretary of State. The court has nothing to do with any of this, and no Judge can alter the DUI license actions in any way.

And just so it’s clear, as much as the suspension and restriction penalties may or may not work for any particular person, there is nothing that can be done about them. There is no mechanism to even ask for relief from or modification of these sanctions – they are what they are.

Also, under Michigan law, anyone who holds a CDL (Commercial Driver’s License) and who is convicted of any alcohol-related traffic offense (meaning either High BAC, OWI or OWVI) will have his or her CDL privileges suspended for a full year. Just as with a regular driver’s license, there is nothing that can be done about this.

Given the fixed license consequences outlined above, it is always in a person’s best interest to try and beat a DUI case, and, when, as in most cases, that can’t happen, to then try and get the best plea-bargain possible. Someone facing a High BAC charge will be better off with a deal to OWI, but he or she would be much better off than that if the High BAC charge could be dropped all the way to Impaired Driving.

For what it’s worth, my team and I concentrate our DUI practice in the Oakland, Macomb and Wayne Counties, and will also handle DUI cases in Lapeer, Livingston, and St. Clair Counties, as well. Whatever else, the lawyer you hire should be familiar with the court where your case is pending. It does little good to drag some lawyer from the other side of the state to meet your Judge for the first time.

You need a lawyer who knows how things are done in your court, and what will and won’t fly with your Judge.

If you’re looking to hire a lawyer for a DUI case, be a good consumer and do your homework. Read around, and see how lawyers explain the issues that matter to you, and how they explain themselves. After you’ve read around, start checking around.

All of our consultations are free, confidential, and done over the phone, right when you call. It’s always best if you give us a ring when you have a little time to talk. My team and I are very friendly people who will be glad to answer your questions and explain things. We can be reached Monday through Friday, from 8:30 a.m. until 5:00 p.m., at 586-465-1980.