Every DUI case is unique unto itself. Although everyone understands that, a lot of people still want to compare their situation to someone else’s. This is a natural tendency, but when it comes to DUI charges, it can also be very misleading. Comparing your DUI case to any other person’s can lead to serious misunderstandings. On one hand, it can cause a person to freak out for no good reason. On the other hand, it can result in someone being very disappointed if his or her case, which may seem similar, doesn’t turn out as well as that other person’s. 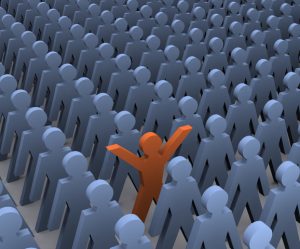 The simple fact is that very few people really know the full details of anyone else’s case. Someone may actually know that so-and-so didn’t go to jail for his or her DUI, but beyond that, all anyone can know is what another person chooses to tell them. As Michigan DUI lawyers with more than 30 years of experience, we have, quite literally, “heard it all.” We have handled thousands upon thousands of cases. As a result, we have learned, countless times over, that how people describe things isn’t always spot-on accurate.

In real life, a person’s summary of his or her own case will often miss key points. It’s hardly surprising, then, that any such description is likely to be even less accurate when a person is trying to describe someone else’s DUI case. Chances are, when someone says, “a guy I work with got a DUI and all he had to do was pay a fine,” that’s probably not all that happened. Every single aspect of one case makes it different from all others, and there are countless aspects to each and every case. Indeed, there is a lot that goes into even the most garden-variety of DUI cases.

Assume, for a moment, that someone does know every last detail of another person’s DUI case. That doesn’t change the fact that it is still unique from all others. First of all, the underlying facts of any 2 drunk driving cases will always be different. This is true no matter how similar they may appear at first glance. Let’s use a hypothetical to help illustrate this point:

Imagine that in the wee hours of a Sunday morning, 2 people – Tipsy Tom and Slurring Sally – were arrested for a DUI in City X. Each one was charged with a 1st offense Operating While Intoxicated, or OWI (the actual term for what everyone just calls a “DUI”).

Sally, who wound up on reporting probation for a year, became frustrated when she found about Tom’s sentence. He was charged with the identical offense, and on the very same day. His sentence, however, was a mere 6 months of non-reporting probation.

Upon closer inspection, however, we learn that the only thing “identical” about their cases is that they were both charged with OWI on the same day, and in the same city.

Tom, who is 64, was arrested on the way home from his daughter’s wedding. He and his wife stayed after to help clean up the hall they had rented. As he sat at a traffic light, his wife was scrolling through some pictures from that evening on her phone. Tom was looking over, and didn’t notice the light change from red to green, and that caught a nearby police officer’s attention.

When pulled over, Tom was cooperative, and tested out with a BAC of .09, not very far over the legal limit. He had a clean criminal and driving record. Only about 2 years away from retirement after more than 30 years at the same company, the officer felt bad for him. Accordingly, he did not oppose a plea bargain from Tom’s original OWI charge down the lesser offense of OWVI, or Impaired Driving.

City X has a court with 2 Judges, Judge A, who is considered more lenient, and Judge B, who is generally regarded as “tougher.” Luckily for him, Tom’s case was assigned to Judge A. He hired a good lawyer who made sure the Judge got a clear picture of Tom, as a person. Because of that, he got a real break, both in terms of his plea bargain and the ultimate sentence.

Sally, by contrast, was pulled over after the police saw her swerving. When speaking with the officer, she kept questioning why she was being “picked on.” Although she was not uncooperative with the arresting officer, she was not particularly easygoing, either. Ultimately, her BAC came back at .16, exactly twice the legal limit of .08.

Although Sally had not been in any trouble recently, it was discovered that she had a prior DUI about 8 years ago. In Michigan, a person can only be charged with a 2nd offense if the incident occurs within 7 years from the date of his or her prior conviction. Because this offense took place more than 7 years later, she could only charged with a 1st offense. Even so, her record demonstrated that this wasn’t Sally’s first rodeo, so to speak.

Sally’s case was assigned to Judge B, who, as noted, is generally regarded as the “tougher” of the 2 judges in City X. Sally didn’t get hammered, and wasn’t jailed, but her sentence was nowhere as easy as Tom’s

Now, imagine that, a few years, later, a person who knows Tom and what he went through winds up charged with a DUI in City X. The person calls a lawyer and promptly informs the attorney that “I know a guy who had the exact same charge in that court, and he only paid a fine.”

While that’s kind of true, that observation also misses every factor that made Tom’s case unique, and, as we saw, different from Sally’s.

There are endless factors that differentiate any one case from all others. Nevertheless, here are 7 that are rather significant:

2. His or her prior criminal and driving record.

3. The result of his breath and/or blood test (BAC).

4. The facts and circumstances surrounding the DUI incident.

6. Relevant facts about the person him or herself

Most of these are self-explanatory. However, it doesn’t take a rocket scientist to see how, for example, rear-ending a police car while drunk would make things worse than just getting pulled over for speeding.

Similarly, most police are understanding that a drunk driver is, well, drunk, and therefore not at his or her best. Still, it is never helpful to be an uncooperative jerk. Unnecessarily pissing off the arresting officer is NOT going to make things better.

Going back to our example with Tipsy Tom, we noted he was a few years away from retiring and had a clean criminal and driving record. That kind of “social capital” will be helpful to him. He is 64, with 33 years of gainful employment at the same company. That stands in stark contrast to someone with a bad record who has never held any job for very long.

In some (but certainly not all) DUI cases, getting into the right kind of counseling early on can be helpful.

In all criminal and DUI cases, staying out of any further trouble is absolutely necessary. The reader might be surprised to hear that plenty of people wind up arrested for another charge before wrapping up a previous one.

Most of the things we’ve touched upon in this article are just that – things. Each is a single factor, which, standing alone, makes one DUI case different from another. As was stated above, there are countless factors that make up a DUI case. On top of that, there is an endless potential combination of those factors When you think about it that way, it becomes clear that no 2 cases can ever be the same.

That makes sense, but, the reader might ask, what’s the point?

The answer is simple: Look to your lawyer for answers about your situation. Comparing your DUI to someone else’s is NOT a good way to assess how things are likely to play out in any case. As Michigan DUI lawyers, my team and I carefully examine the evidence.  We know what and how to fight. We develop an intelligent defense strategy in order to bring about the very best outcome possible.

Indeed, any lawyer who isn’t clear about not comparing one’s DUI case to anyone else’s is doing his or her client a disservice. Maybe he or she is too afraid to directly clarify a client’s or potential client’s misunderstanding on this point. If not that, then maybe he or she is just happy to get paid for a client’s expectations based upon someone else’s case. Neither of those is helpful.

Always remember, success in a DUI case is best measured by what does not happen to you.

Your job, as the potential consumer of legal services, is to shop around and compare lawyers. Whatever else, you need someone who will step up and tell you what you need to hear, rather than just what you want to hear.

If you are facing a DUI and looking for a lawyer, be a wise consumer and read around. This blog is a great place to start. It has over 580 fully searchable articles in the DUI section (to-date), and is updated with 2 new installments each week. You can find more useful information here than any and everywhere else combined.

Don’t take my word for it, though. Check for yourself. Pay attention to how different lawyers analyze the DUI process, and how they explain their various approaches to it. When you’ve done enough reading, start calling around. You can learn a lot by speaking with a live person.

If your case is pending anywhere in the Greater-Detroit area, meaning anywhere in Wayne, Oakland, Macomb or the surrounding counties, give our office a ring, as well.

All of our consultations are free, confidential, and done over the phone, right when you call. My team and I are very friendly people who will be glad to answer your questions and explain things. We will also be happy to compare notes with anything some other lawyer has told you.