In our roles as Michigan DUI lawyers, we’ve heard it all, and there are some specific things we hear rather often. It’s probably an occupational hazard, but one thing that’s brought up frequently by clients and potential clients is a comparison of their DUI case to some other person’s. Indeed, it’s more common than not for us to be asked about what a client should expect, based upon what he or she believes happened to someone else.  Even though I examined this topic very recently, the issue comes up so much in our practice that it’s worth revisiting. 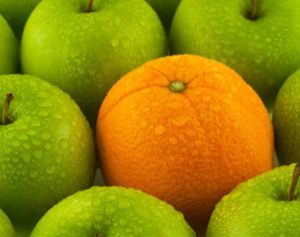 In this article, I want to briefly make clear that despite similarities, no 2 cases are alike, and that trying to gauge what is likely to happen in your case based upon what did, or supposedly did happen to someone else can often lead to either unfounded fear (when that “someone else” got hammered by the Judge) or unreasonable expectations (when that other person got lucky). It’s never a good idea to base one’s forecast on another person’s experience.

As much as we could go on about this, the reality is that it is just human nature to look at what happened to someone else in a similar situation to get a feel for what to expect yourself. We all do this to some extent or other, despite understanding the pitfalls of such comparisons, and even though we’re well aware that, especially when it comes to legal or medical issues, no 2 cases are alike.

Perhaps the best way to begin is to acknowledge that few of us really know all the details of someone else’s case. Sure, you may know that Dave the Drinker got a DUI in Troy, but:

If you don’t know the answers to these and about a thousand other questions, then you really don’t know enough to make a fair comparison. Comparing DUI’s without knowing all of the details is like flying blind.

Consider the 2 versions of this hypothetical scenario:

Bad Luck Brenda and Dave the Drinker get arrested for OWI. Let’s assume that both arrests, everything leading up to them, and every other facet of the cases are identical in every respect, except that in our first scenario, it happened on one side of a street, and will be handled in city “A,” while in the other scenario, it occurred on the opposite side of that same street, which is in a different city, and will be resolved in city “B.”

City “A” may be the place with the Judge that routinely orders more frequent testing than anyone else.

City “B,” by contrast, could be one of the very few courts where a person can wind up having to do nothing more than pay fines and costs, in some 1st offense cases.

And no matter what else, City “C” will be different than either “A” or “B,” as will Cities “D,” “E,” “F,” and “G.” In fact, every location is different; some are more alike than others, but each will be unique from all the others.

Think about this in terms of restaurants; in general, they all serve meals. A Chinese restaurant, however, will have a very different menu than a burger joint. Moreover, even among “similar” places, like Chinese or Italian restaurants, each one is unlike all others.

That’s easy enough to understand, but the problem is that location is just one of the countless other variables that will affect the process and outcome of every DUI case.

Returning to our Bad Luck Brenda example above, imagine that city “A” has more than 1 Judge (as many local district courts do), and that Judge #1 is something of a “hard a$$,” while Judge # 2 is much more of a “teddy bear.”

If Brenda’s case winds up assigned to Judge #2, then she’ll have a much better experience than if her case gets sent to Judge #1.

This isn’t unusual, and there are plenty of local courts where there are substantial differences between the Judges on the bench. In fact, the ONLY JUDGE in the Metro-Detroit area that imposes a jail sentence for a 1st offense DUI case is just 1 of 3 Judges in that particular court.

To be clear, though, I don’t just mean to point out the differences between Judges as it relates to punishment; there are some Judges who are very intense when it comes to things like AA, alcohol and/or drug testing, or counseling, while the Judge in the next courtroom or the courthouse in the next city over may be much more “relaxed” in some, or even all of those areas.

Thus, if Bad Luck Brenda learns that her cousin, Tough Luck Tina had a DUI in the same court where Brenda’s case is pending, but that it was assigned to a different Judge, that fact alone means that any comparisons made between their 2 cases are not sound.

To circle back to our restaurant analogy for a moment, there is one particular spot in Mexican town, in Detroit, where 2 chefs make the hot salsa, using the same ingredients. Even though they use the same recipe, their salsas are as different as night and day, and I prefer one over the other, because it’s both thicker and hotter. That’s just me, though, and someone else may like the milder, thinner stuff whipped up by the second chef.

Nothing we’ve talked about so far even takes into account anything about Brenda herself.

Your accomplishments and your prior record (or lack thereof), will have a direct impact on what happens to you. In other words, who you are as a person absolutely matters a lot in a DUI case.

Thus, if Brenda is 23 years old, has a prior MIP, and although employed, hasn’t been in any one position for very long, she has less “social capital” than, by contrast, someone like Reliable Rhonda, who is 43 years old, having worked for the same employer for the last 11 years, has never been in any kind of trouble before, and is married with 2 kids.

Social capital is very valuable – at least if you have it.

It is an important part of our job, as DUI lawyers, to use any and all social capital to the client’s fullest advantage, and to make sure that we direct the Judge’s attention elsewhere for any person who comes up a bit short in that area. That isn’t a throwaway statement, either, because when you strip everything away, the key function of a DUI lawyer is to present things in a way to produce the best (and let’s be clear, that means most lenient) result for the client.

As I often point out, success in a DUI case (or any criminal case, for that matter) is best measured by what does NOT happen to you.

Of course, no matter who you are or what you’ve accomplished in life, your BAC result also matter quite a bit.

Obviously, the lower a person’s BAC result, the better.

By law, a person can be (and nowadays, often will be) charged with what’s known as a “High BAC” offense (technically, OWI with a BAC of .17 or greater) if his or her BAC result is .17 or above. We’ll skip any kind of detailed analysis of this charge here, because the whole “High BAC” charge thing is a world unto itself.

Still, it’s worth a quick mention to point out that in some places, if a person is charged with this more serious offense, a lawyer can sometimes obtain a plea bargain reducing the High BAC charge down to OWI, while in some other places, it is possible to negotiate it even further, all the way down to “impaired driving” (OWVI).

Even the specific arresting law enforcement agency can affect how things play out in a DUI case. For example, if Leadfoot Larry is pulled over for speeding on I-696 in a place like Madison Heights, Warren or Farmington Hills, and is ultimately arrested for a DUI by the Michigan State Police, his case will be handled and may turn out very differently than if he was pulled over for the same reason, and arrested for DUI by either the Madison Heights PD, the Warren PD, or the Farmington Hills PD.

Nor does it stop there, because if Leadfoot Larry was cooperative, and got lucky enough to be taken in by Officer Friendly, things are likely to turn out much better than if he was uncooperative, disrespectful, and wound up being arrested by an officer or trooper who is a “by-the-book” hard-a$$.

Just as with individual police officers, the role of personality also applies to each and every specific prosecutor, as well. Among the numerous prosecuting and assistant prosecuting officials, some are much more “flexible” than others

There really are endless variables that can affect a DUI case, and no 2 cases are the same. I believe that what we’ve covered here provides a sufficient overview to underscore that point.

The key takeaway here is that just about everyone facing a DUI will compare his or her situation to that of anyone they know who has gone through the same thing. That’s human nature. The reality, though, is that every case really is unique, and no matter how alike any 2 cases may seem, using someone else’s to gauge yours will always be an “apples to oranges” exercise, at best.

If you are facing a DUI anywhere in our practice area (Oakland, Macomb and Wayne Counties), and are looking to hire a lawyer, do your homework and read around. When you’ve done enough of that, start checking around. We are very friendly people who will be glad to answer your questions and explain things. All of my consultations are free, confidential, and done over the phone, right when you call. We’re open Monday through Friday, from 8:30 a.m. until 5:00 p.m., and can be reached at 586-465-1980.